If you’re asked what is the approved punishment for candidates involved in Malpractice at the National Open University of Nigeria, what will be your response? If your answer is “I don’t know,” you’re about to find the answer to this question right now.

Here is a list of twenty-four (24) NOUN approved punishment for students caught in Examination malpractice. My advice to you is to desist from getting yourself involved in malpractice. You’re more brainy, wiser and more intelligent than you’re giving yourself credit for. 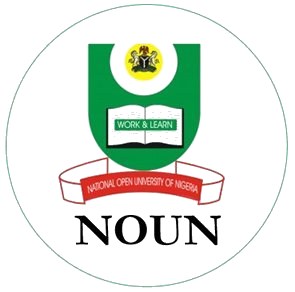 1. Involvement in the leakage of examination papers i.e. serving as an agent to circulate leaked examination questions. Penalty: The school management decided that the punishment is EXPULSION.

2. Student caught bringing in unauthorized materials into the examination hall with or without using them e.g. Textbooks, notes, paper, GSM phones, other electronic devices, manuscripts, etc.

Penalty: Anyone caught in this type of situation will receive a punishment of SUSPENSION FOR 2 SEMESTERS AND “CARRYOVER” in the course she/he was caught in the act.

Penalty: The approved punishment for anyone involved in this malpractice action is “SUSPENSION FOR 2 SEMESTERS AND CARRYOVER” in the affected course.

4. If you’re caught releasing or exposing one’s answer script to be copied by another candidate.

Penalty: You will be SUSPENSED FOR 2 SEMESTERS AND GIVEN ‘CARRYOVER’ in the affected course you were caught in.

5. Anyone who is caught exchanging answer scripts and question papers, information like printed materials, text messages, microchips, etc during any examination.

Penalty: Such student will be punished with “SUSPENSION FOR 2 SEMESTERS AND ‘CO’ in the affected course.

Penalty: Anyone who is caught will be punished with “SUSPENSION FOR 2 SEMESTERS AND ‘CARRYOVER” in the affected course.

7. Any student who is seen aiding and Abetting, either they’re:

a. Assisting in the transfer of prohibited items from one candidate to another in the examination hall attracts Suspension for 2 Semesters straight.

b. Any student who Fails or refused to report act of cheating during examination attracts Suspension for 1 Semester.

8. Substituting examination scripts with unauthorized scripts or materials before, during or after any examination.

9. Student(s) who is caught coming into an examination hall with a gun, knife or any dangerous weapon:

Penalty: This action attracts “EXPULSION AND SUCH PERSON WILL BE HANDED OVER OF THE CRIMINAL LAW ENFORCEMENT AGENTS OF NIGERIA”.

10. Student(s) who physically assaults or insult any staff before, during or after any examination.

Penalty: Such student will be permanently banned from the NOUN.

11. Any student caught in any type of Unruly behavior in the Examination Hall. For example:

Penalty: Such student will be suspended for “TWO (2) SEMESTERS”.

12. Destruction and Mutilation of the Answer script.

13. Assaulting another student during any examination.

14. Student caught Loitering near Examination Hall with the intention to aid or abet.
Penalty: Suspension FOR 1 semester.

15.  Any student who refuses to complete the Examination Malpractice form.
Penalty: SUSPENSION FOR 2 SEMESTERS.

16. Impersonation of another student during Examination: Any Candidate caught writing the examination for another person.

Penalty: If the impersonator and impersonated are students NOUN both students shall be EXPELLED. Anyone not a student but impersonating a student of NOUN will be handed over to the police.

17. Any Candidate who signs the register on behalf of another Candidate. This will be treated as a case of impersonation.
Penalty: Expulsion.

18. Any Candidate who is caught spying other Candidate’s work in the examination Hall.
Penalty: Such candidate/student will have his/her examination answer script and paper”CANCELLED”.

19. Any Candidate caught or reported that is soliciting for marks before, during or after an examination directly and indirectly.
Penalty: Such student will have his/her paper canceled.

20. Any Candidate/student of NOUN who destroys or mutilates materials that will be used as evidence to establish an allegation against him/her.
Penalty: Such candidate shall BE EXPELLED.

21. As a candidate/student of NOUN, if you’re caught with unauthorized writings, jottings and drawing on question papers.
Penalty: Anyone caught will have his/her examination paper CANCELLED.

22. Any Candidate found with a live question(s) or with prepared answers before or during an examination, indicating that there was fore-knowledge of the actual question(s).
Penalty: Such student shall be EXPELLED.

23. Incrimination of Invigilator(s)/Lecturer (s) and Other Students:
Penalty: EXPELLED.

24. Any Candidate who commits any examination misconduct as a second-time offender.
Penalty: EXPELLED.

A graduate of Nigerian tertiary institution student who knows the stress of writing examinations, and seeking admissions. Nouonlinenews.com provides the latest and current NOUN information, giving you the much-needed assurance you need.